How do I know?

I bought what I thought was a version 1 MX49 this week at Guitar Center in Yonkers, NY. It was the only one in stock. The 2nd time I plugged my iPhone 6 (with the latest iOS update on it) it unlocked the FM Essentials app. I can use a lot more than the 10 presets on it, and I can save my own edits as presets for it too, on the phone.

There also seems to be no problem running 2-way MIDI and 2-way Audio between this awesome synth and my Macbook Pro laptop (mid-2011 model, running MacOSX 10.9.5 Mavericks, because that's the latest MacOS that Roger Linn's excellent Adrenalinn plug-in can handle) via a single USB cable.

And while you're here with me, are there different flavors of version 2 - some with an update and some without, or???

After suggesting that this version 1 unit might be discounted, GC said their System nixed that, and made me pay the full retail price (still an AMAZING value!!!!!) for this 'version 1' - so I'm thinking of swapping it for an 'official' version 2 when Guitar Center gets them back in stock - it won't cost me a penny to do that within 45 days....BUT since this one is working as the version 2 is advertised to do, I'm wondering if that's a good idea.

Why mess with success?

Thank you for your help!

Doki
Accepted Answer Pending Moderation
yamaha mx49 bk, indicates it is version 2. the version 2 is called bk for black and bu for blue
there is however the early shipment of version 2 that had problem with ios10. 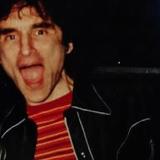 Accepted Answer Pending Moderation
Okey Doki!
Thank you very very much for answering my question! Now it all makes sense to me, actually it's the only explanation that fits with a) the price that scanned at Guitar Center, and b) the fact that it unlocked FM Essentials -
So with your explanation, I understand the mystery of the name. And thank you big time for saving me a needless trip to return it for another of the same type!!! I'm all set