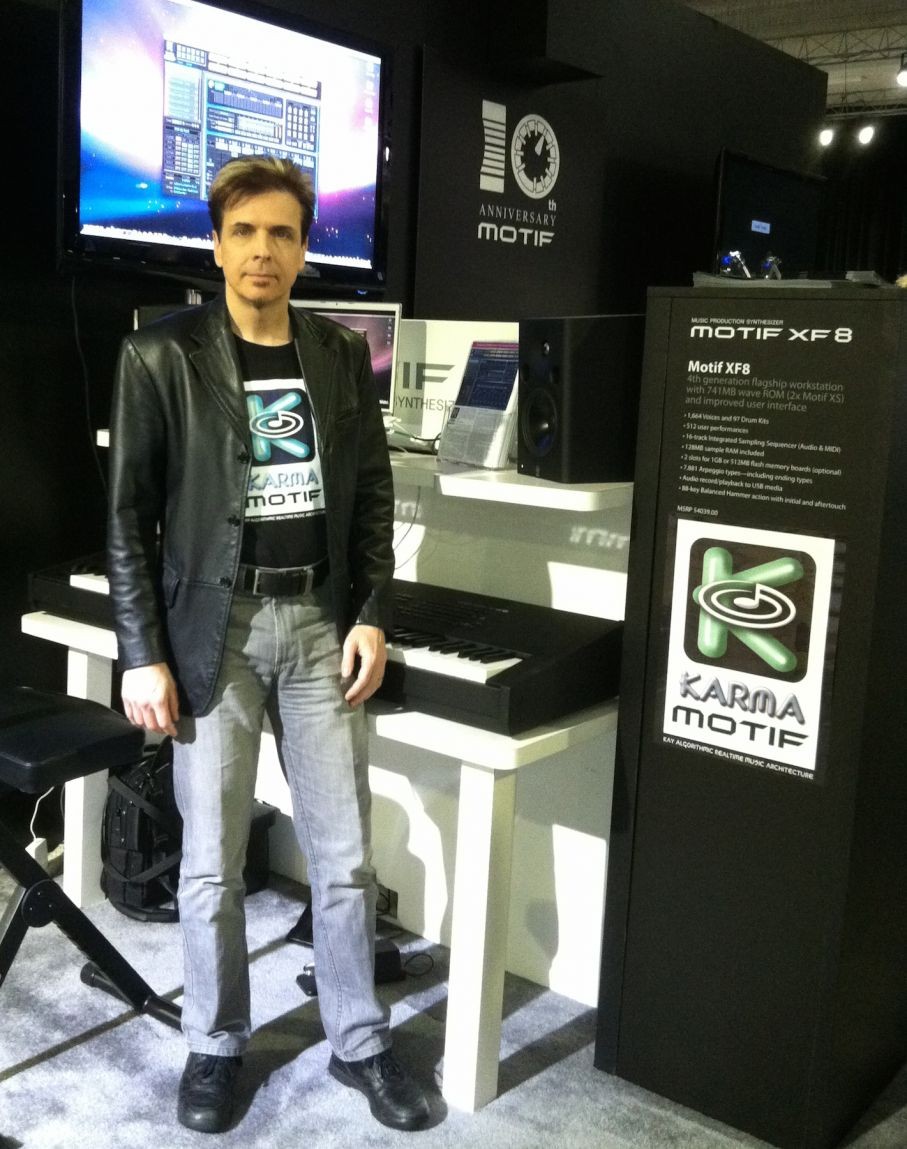 With the addition of the S90XS/S70XS, KARMA now supports six different models of Yamaha synthesizers. We had a chance to ask KARMA creator and musical mad scientist Stephen Kay some questions to get an idea of what KARMA is and what it does for the Yamaha family of synthesizers. 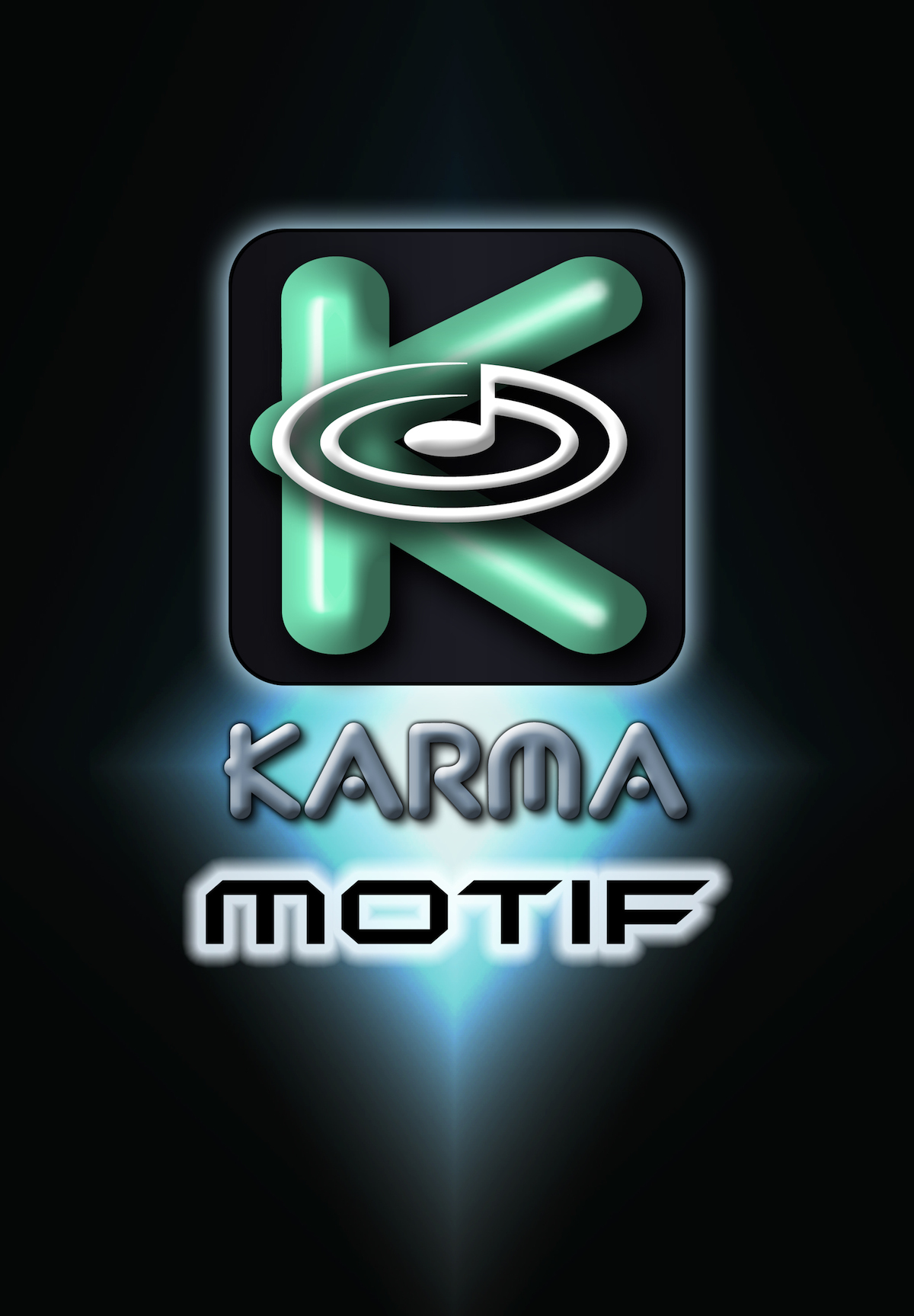 Stephen Kay: KARMA is a parameter-based approach to generating musical effects and phrases, rather than a musical data-based approach. It is not a system that plays back prerecorded MIDI phrases while transposing them, like most auto-accompaniment systems.

An arranger keyboard generally has a bunch of these prerecorded musical data patterns (styles). The patterns (with the exception of drums and percussion) are run through note transposition tables in real-time, where the results of chord analysis performed on the chord you play in the "control" area of the keyboard determines which tables are used to modify the notes before they come out.

The key word here is pattern – it's a fixed pattern, and it never changes, and if you sit on a chord for 30 minutes, it's going to play that same prerecorded pattern over and over. Some of the more sophisticated systems have different patterns for different chord types. But regardless of how clever they are, it's still just a fixed MIDI recording playing back over and over, in an endless loop, with no variation.

KARMA's parameter-based approach is more similar to what we have come to expect from the term arpeggiator: you play some notes on a keyboard, you have some parameters you can adjust, and notes come out in some kind of pattern or phrase. In KARMA, however, the architecture is much more advanced than the typical arpeggiator, and the various aspects of a musical phrase have been divided into separately controllable attributes. Each of these attributes is controlled by a separate group of parameters, which can be individually varied or changed in groups by the user in real-time as the music is being generated. Furthermore, each of these musical attribute groups possess parameters that can randomly affect the note generation, producing phrases that do not always play the same thing over and over but produce variations that sound amazingly more human and interesting.

For those who wish to know more about the KARMA's history and the theory behind KARMA's design and operation, you can find more detailed discussions about what it is here, and how it works here.

The diagram below shows the GE Editor from the KARMA Motif software, with a row of triangular buttons down the left side, each of which select a "page" of editing parameters corresponding to a particular attribute of the phrase, or other distinct feature. These separate groups of parameters operate independently to contribute to the generation of the phrase or effect as a whole. Shown in this screen shot is the Note Series panel displaying the settings for a three-octave arpeggio, within which the Rhythm Parameters and Index Parameters will be grabbing notes and generating them in real-time in response to the chords you play on the keyboard. 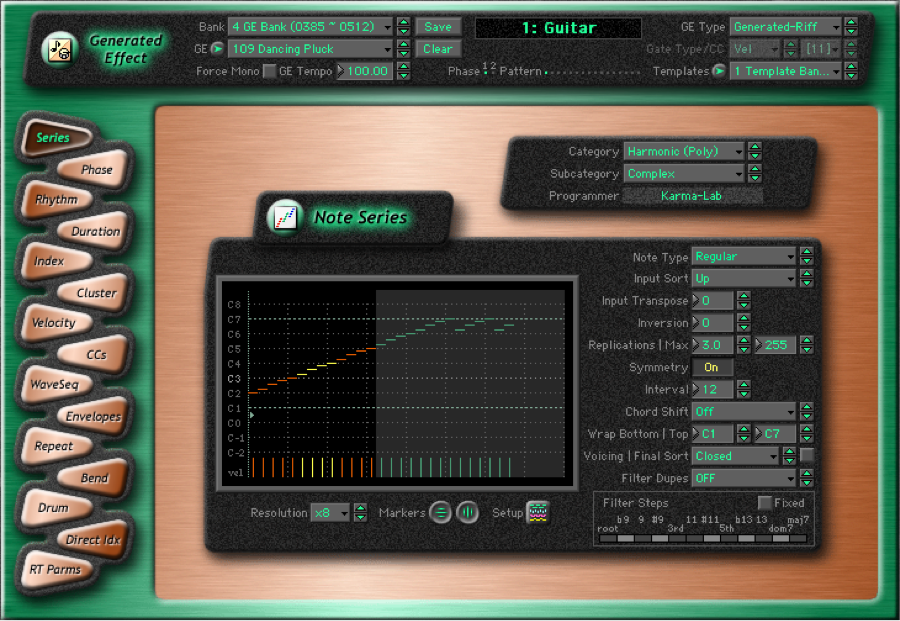 yamahasynth.com: What was your inspiration for creating KARMA?

SK: Originally, my goal was to be able to create phrases and arpeggiations that normally would be very difficult to achieve with conventional arpeggiators, such as realistic harp glissandos, guitar strumming and fingerpicking. I also wanted to add the concepts of randomization and real-time variability, so that you could move a few controls and something completely different, even unexpected, yet musically inspiring would come out.

I started developing KARMA in 1994 with the idea of making it easy to achieve some of the effects that are traditionally difficult for keyboard players to emulate, such as:

Not only did I achieve these goals, but as the software grew in form, features, and function it became apparent that much more could be generated by KARMA than I had initially envisioned!

yamahasynth.com: What was most challenging about developing KARMA Motif?

SK: Deciding how best to integrate KARMA with the features and modes of the Yamaha instruments: given that a "KARMA Performance" integrates six individual phrase generator modules with a left hand and right hand keyboard layer (zone) for an eight-track arrangement, plus the integration of the keyboard's own arpeggiators as additional elements on additional MIDI channels, it became apparent that the best mode to support all of the possibilities would be the Song Mode or Multi Mode, where each of the KARMA Performances can control a 16 part multi-track setup fully programmed with voices, insert effects and master effects, and real-time controllers. This also has the advantage of being just a step away from recording the KARMA-fied musical performances into the internal sequencer or an external DAW sequencing program, since you're already in Song or Multi Mode.

However, it should be noted that although the included factory KARMA Performances use the Song/Multi Mode, I designed the software to support working with any of the modes on the Yamaha synth, such as Voice Mode or Performance Mode, so you can use KARMA even with single Voices, like an additional arpeggiator option.

yamahasynth.com: What was most rewarding?

SK: Getting the "DAW Remote" features of each keyboard to control all of the KARMA features in real-time – it was really cool when all of that began to come together. It makes it feel like the KARMA software is built-in to the keyboard, when you are pressing buttons on the keyboards interface and KARMA is directly reacting to your actions. And for some of the supported Yamaha models, I discovered it was even possible for KARMA to send text and level meter information directly to the keyboard's display screen, making it even more intuitive to control.

The diagram below is an overview of the newly supported S70/S90 XS DAW Remote Mode's mapping to KARMA features.

The DAW Remote Control options for KARMA can be viewed for all supported Yamaha models here.

yamahasynth.com: What would you most like your KARMA Motif customers to know?

SK: That KARMA Motif is a program that will continue to grow – I have many more ideas for new features and ways of interacting with music generation in real-time – and KARMA fits really well with the Yamaha architecture and sounds. Also, we have a large group of new KARMA Performances being worked on at the moment that will eventually be released as additional "XPansion Packs" – so there will be even more "styles" to jam and create music with as time goes on.

What is a Drum Voice?

What is a Drum Voice?

Talking Music and MONTAGE with Pianist and Keyboardist David Witham

Synthbits: The Groovy World of "thebrackett" on Instagram, Part II