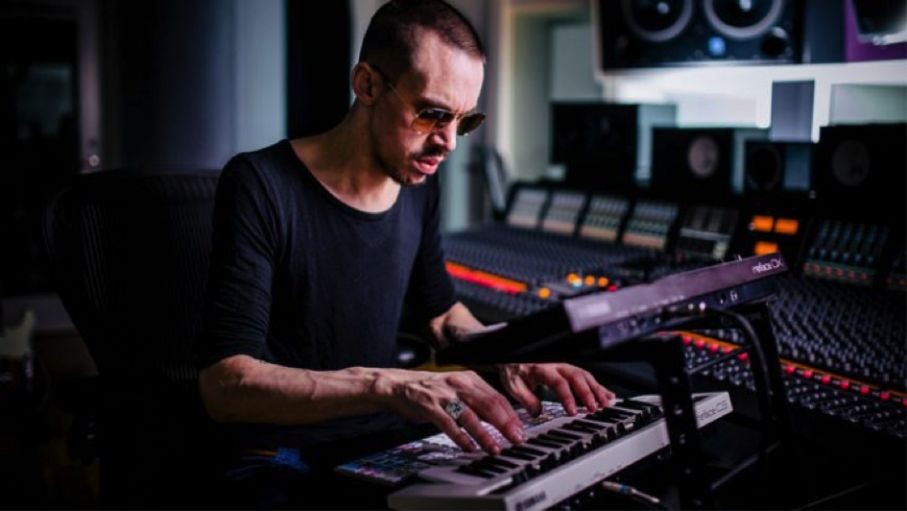 Named as one of the world’s hottest producers by NME, Andreas Kleerup plays intensely on his Yamaha reface DX and notes that this homage to the seminal 80s synth—the Yamaha DX7—has played a central role in making his new album.
“I’ve used this tubular bells-like sound a lot and also a sound called Motion Pad, which is really nice. I actually use it as my main synth and midi keyboard to control Logic, so sometimes I wish there was a larger model” he says.

Kleerup describes the new album as electronic in style of the first. Those who are familiar with his work will know that it involves an airy and crunchy production, where each individual element is given a lot of space, so every sound must be chosen with care. This is where Yamaha's new retro style synthesizers are the natural choice.

With the introduction of the reface series, Yamaha have taken the cult sounds of the 80s and brought them into the present. FM synthesis, which has become almost hysterically trendy on the electro scene, is now packaged in modern hardware and controlled through an intuitive and easy to use interface. The reface DX is polyphonic with 8 voices.

Mixing hardware and software
Andreas Kleerup is an interesting exception in a world where many producers and artists take sides in the debate over using hardware or software when it comes to synthesizers. Kleerup enjoys both worlds, though in different ways. Despite using hardware in the form of everything from synthesizers to midi guitars, old tape recorders and analog compressors, he is equally accustomed to using virtual instruments and effects.

"You could say that I mix and match. I use everything that I love and like to presets, but I also like to make the sound completely from scratch. If I find a preset sound that I like I have no problem using it. If not I will make it myself” He explains.

“Sometimes I run a preset sound through a bus connected to effect pedals. That might be enough to get a nice effect. When it comes to recording and tracking I always bring my UAD Apollo Twin and UAD-plugins, Toontracks gear I've had forever, such as EZ drummer and more.”

Versatile synth
When it comes to reface DX you could say Kleerup uses it as an all-around solution. “It has been used for everything from bass lines to pads depending on the current song I’m working on; It actually sounds very DX7-like and has many of those qualities. But it's nowhere near as tricky to use and it’s pretty easy to find all the features”.

Also part of the reface series, the reface CS plays more of a niche role in the production process. “Right now it stands in the ‘relief booth’, because it had a small accident, but before that it played a central role,” Kleerup says.

The reface CS is a look back at the popular classic analog CS synths from Yamaha, however it now uses Physical Modeling from the AN1X Analog technology. A modern take on the cult synthesizer that nevertheless has an extremely loyal fan base.

"It's the perfect solo synthesizer. It sounds like Pink Floyd”, says Kleerup and tells us how he has created an organ sound from it which he’s been running through different effects.

Andreas Kleerup is mainly working from his studio at home and is now releasing more albums with independent companies, a working situation he really loves. “Now I can express exactly who I am”, he says. “The album will be ready in just a couple of weeks, so work is intense at the moment. When I know it must be finished soon and must sound good, then I sit 24/7. The hours just fly by. It’s a lot of fun right now, with a lot of new music in the making”.

Chime in on the conversation about this "Studio Visit" with Andreas Kleerup and his work on the Forum here.

And stay tuned - we are always keeping an ear out for new stories on your favorite artists using Yamaha Synths and will be bringing you more Studio Visits soon!