Mastering CP: Setting up a Sostenuto and Soft Pedal


Piano pedals evolved over the years to the three common ones we know now. On a grand piano, the pedals from right to left are the sustain pedal, the sostenuto pedal and the soft pedal (aka una corda).

The most common pedal of the piano is the sustain or damper pedal. On a grand piano, this pedal lifts all the dampers off the strings, allowing them vibrate after the player releases the key. All CP88/73 stage pianos have an FC3A in the box for use as a sustain pedal, and it is a continuous pedal as opposed to a simple on/off switch pedal. This design simulates the behavior of a grand piano and allows for more complex half pedaling techniques. The sustain pedal function on CP73/88 coupled with the damper pedal resonance effect simulates the sound of the sympathetic vibration of the piano strings when the damper lifts.

Set up a Sostenuto Pedal

The middle sostenuto pedal was the last pedal added to the modern grand piano. The actual mechanism operates like the sustain pedal, but the sostenuto pedal holds up only the dampers raised at the moment you press the keys, allowing you to play later notes without sustain.

Setting up the ASSIGNABLE foot switch for sostenuto is easy. It is found under MENU so it is a global function (for more about MENU vs SETTINGS in CP73/88 check out this article). In this set up I am using the FC4A switch pedal. Since the Sostenuto is either “on” or “off” the continuous nature of the FC3A is not needed. Check it out: 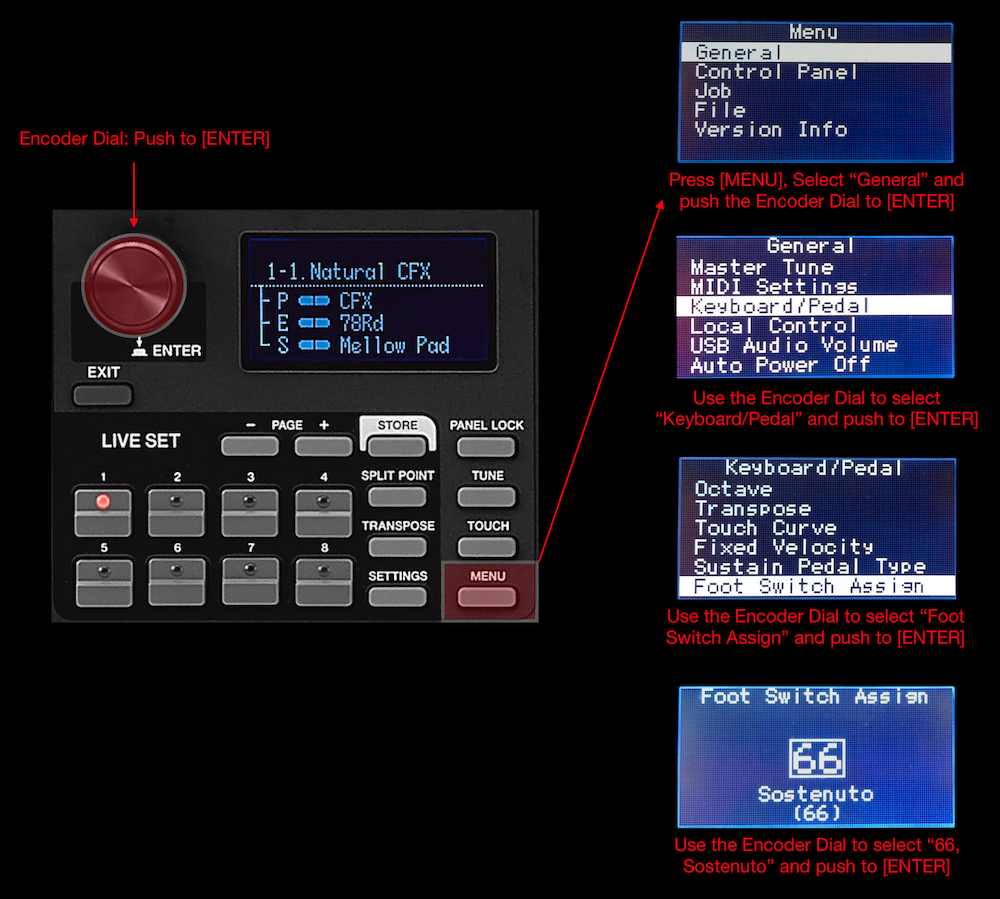 The Soft Pedal and a Setup Solution in CP88/73

The soft pedal is also called the una corda (Italian for “one string) pedal. On a grand piano this soft pedal shifts the whole action slightly to the right. This makes the hammers strike only two of three strings resulting in a darker, softer sound.

In the CP73/88 the soft pedal doesn’t affect the internal sound per se, but you can simulate the una corda sound connecting a second FC3A pedal to one of the FOOT CONTROLLER pedal jacks and assigning it to the TONE knob in the Piano Section. The TONE knob in the piano section accomplishes a similar “una corda” effect. When the knob is all the way to the right you are boosting higher and lower frequency ranges. When it’s all the way to the left these frequencies are cut, effectively simulating the effect of the soft pedal. Check it out: 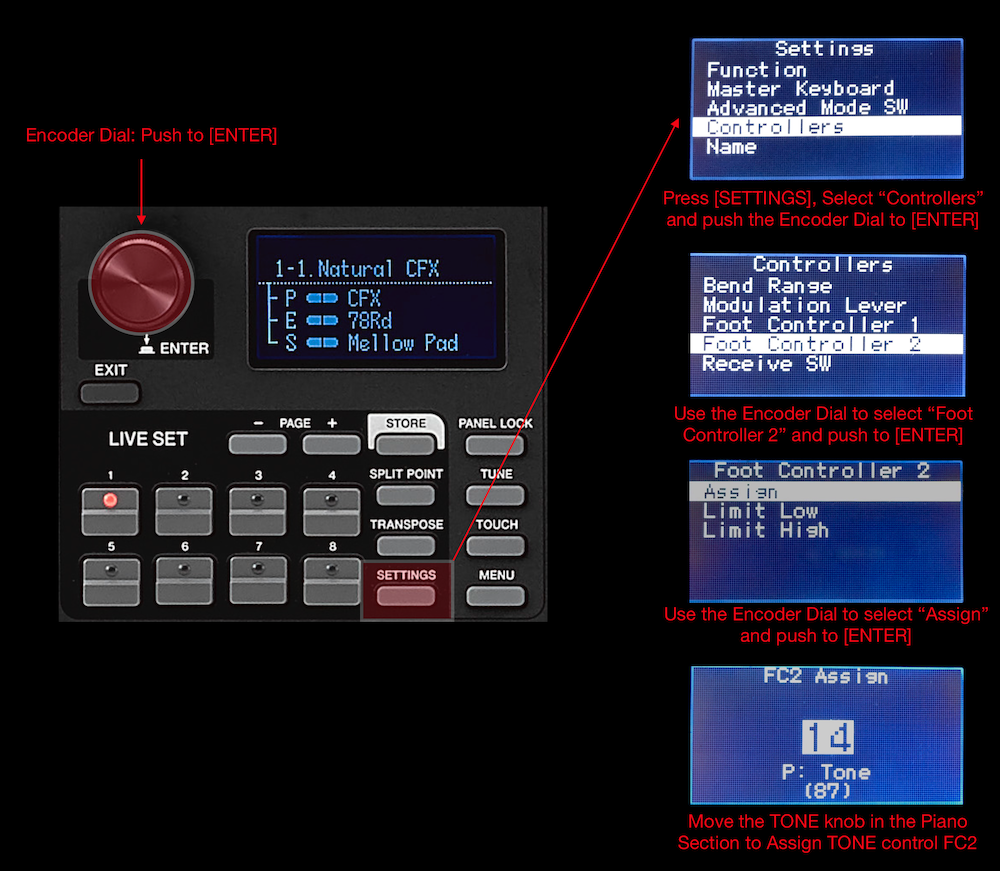 NOTE: This set up is accomplished in “Settings”, so it’s saved within a Live Set Sound. Because the FC inputs are not switch-type but continuous you will need an FC3A.

I’ve set up the piano sounds below on Soundmondo with the soft pedal setting engaged. You’ll have to set the sostenuto pedal yourself since it is a global setting, but you’ll only have to do it once and it’s good for all Live Set Sounds: