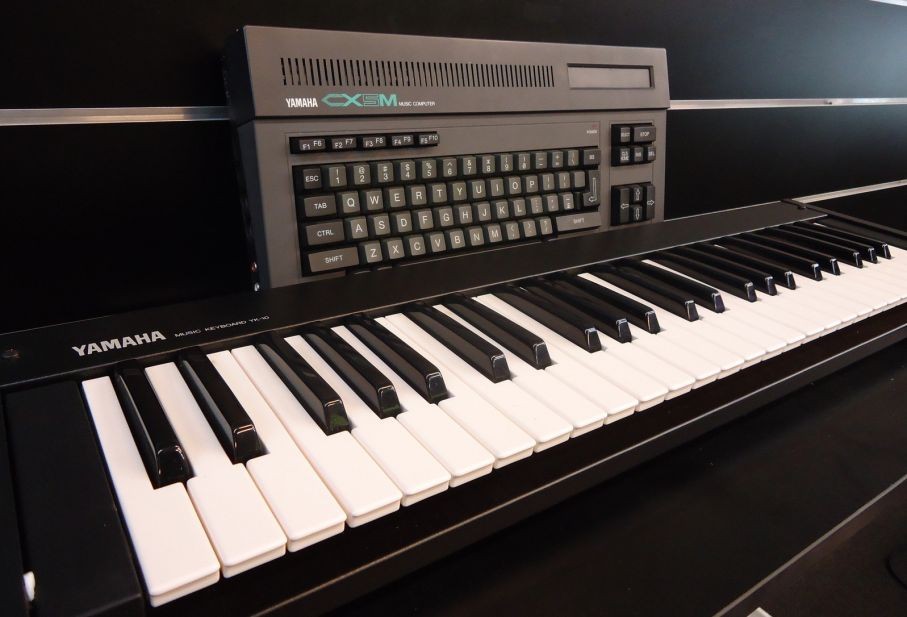 Back in 1984 Yamaha released the CX5M music computer. Enjoy this tasty bit of vintage synth!

The Yamaha CX5M Music Computer was a computer-based music computer built on the MSX standard, an early attempt by Microsoft to create a unified standard for home computer architecture for MS-DOS computers systems. The CX5M featured on on-board 4 Operator 8 Voice FM synthesizer. Yamaha produced a series of programs on cartridges for programming the FM synthesizer (Voice Editor) and sequencing (Music Composer). For its time the CX5M was quite a remarkable machine and was among the first dedicated music computer systems.

Check out the videos below from YouTube user Elwood Herring of the music of J.S. Bach created enitrely on the CX5M Music Computer:


Share your comments/questions on this Synthbits on the Forum here.