He's collaborated with a variety of artists across the musical spectrum, including Common, Ramsey Lewis, Kanye West and a host of Chicago musicians. Inspired by such artists as BJ the Chicago Kid, Logic,and a host of others, Kevin has gone on to write and publish 91 songs. This includes many for Ramsey Lewis' albums, plus written and produced songs with Kanye West, Stereo, Andy C, and others on the Chicago music scene. 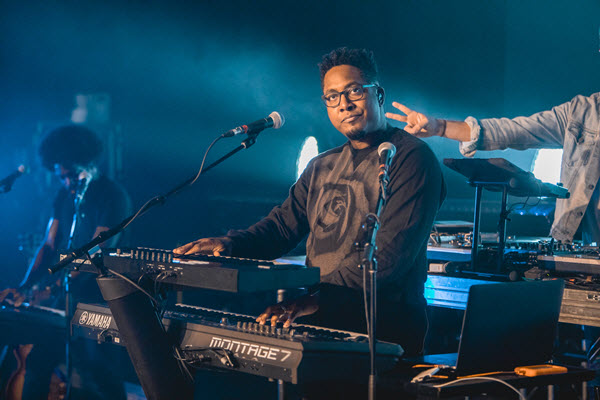 After moving to New York, began a year-long gig touring with Common, opening for the Black Eyed Peas. Here is where he learned the art of playing hip hop music while connecting with Shedrick Mitchell, Robert Glasper, and other phenomenal artists. The music soon took him to the West Coast, as the Musical Director for famed Gospel recording duo Mary Mary. Kevin toured with Mary Mary for 4 wonderful years before transitioning into new opportunities working with RnB artists Kelly Price, Deborah Cox, JC Chasez, and Brandy. As member of The Movement Orchestra toured with Patti Labelle, Christina Aguillerra, Eric Benet, Toni Braxton and the incomparable, BabyFace! 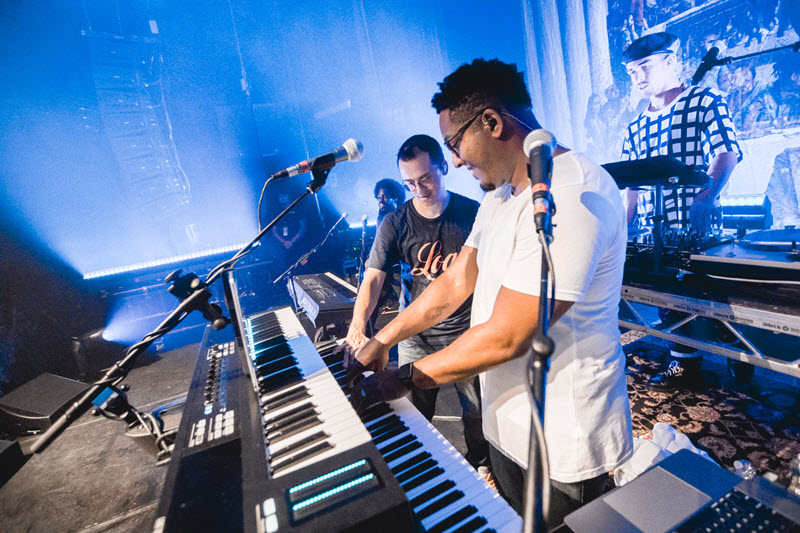 Kevin and "Da Internz" have also collaborated on a nunber of recordings, including: "Calling All Lovers" for Tamar Braxton; Jazmine Sullivan's "Reality Show"; Jeremih's "Late Nights 2 "; Marsha Ambrosius' "Friends & Lovers" entire LP - just to name a few. He also worked with new artists, such as BJ the Chicago Kid on his project "In My Mind" and Kat Dahlia on "My Garden". Kevin is also the Musical Director for recording artist Logic, Jeremih and Keyshia Cole.

You can also experience his work on the networks and streaming media. He worked with Harvey Mason on "The Wiz" which aired live on NBC and "The Help" soundtrack. Kevin is the Musical Director for "The Passion Live," hosted by Tyler Perry and includes musical recording artists Trisha Yearwood, Seal, Jencarlos, Chris Daughtry, and Yolanda Adams. "The Passion Live" aired on FOX and is currently distributed on Hulu and Netflix.

He is leaving his mark on musical history while striving to develop its future. He works on a MONTAGE6, MONTAGE7 and a MONTAGE8 - and you can follow him on:


Or check out his upcoming events or websites: www.kevinrandophkeys.com;  and www.kevkeys.com.