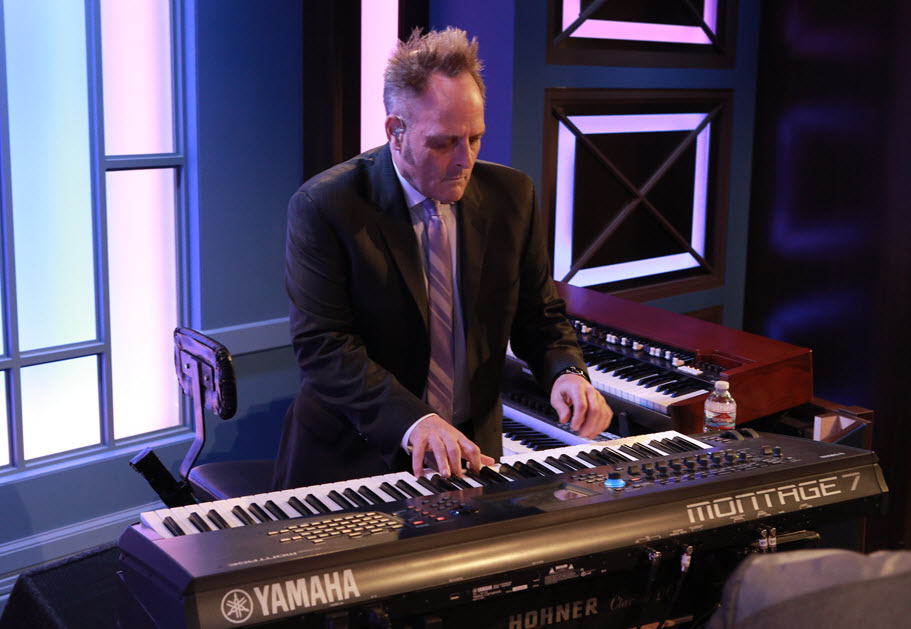 Scott Healy is a Grammy-nominated composer, producer, and multi-keyboardist best-known for playing in the house band for Conan O'Brien - first on "Late Night" in NYC, then in LA on "The Tonight Show with Conan O'Brien," and now on TBS's "Conan" in The Basic Cable Band.

He is an active performer and studio musician on both coasts, having recorded and performed with many well-known rock, R&B and jazz artists, including Bruce Springsteen and B.B. King. Scott also composes for TV and film, and is a first call studio musician in LA on piano, B3 and accordion. Scott has a classical piano and composition background - he studied piano in his teens at the Cleveland Institute of Music, and went on to receive a degree in composition from the Eastman School of Music.