MX BK/BU: Behind the scenes 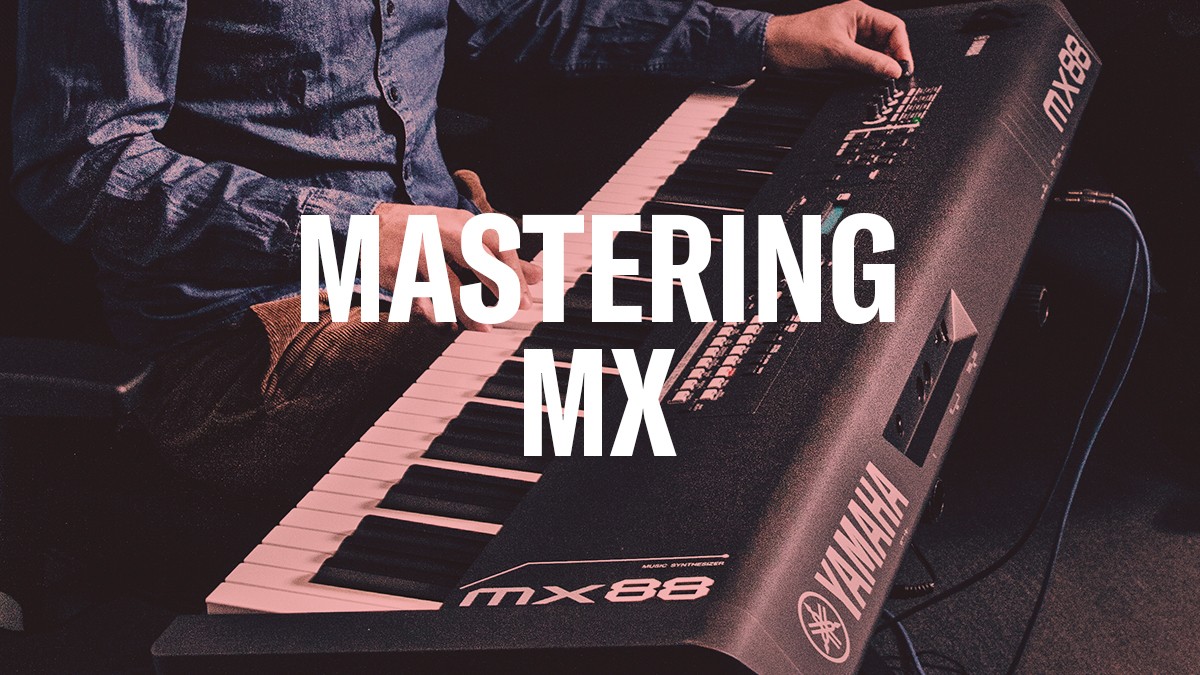 Click here to download the FM Essential iOS app. Here's a tip for yamahasynth.com users - it's easy to unlock FM Essential. Just connect your iOS device running FM Essential to MX BK/BU and FM Essential unlocks! This gives you access to all the Voices plus the ability to save your edits. 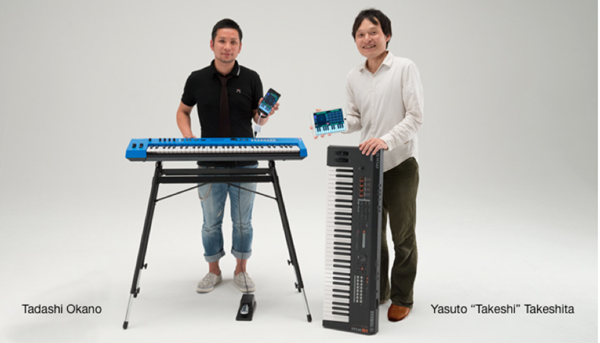 First of all, why did you choose to update the MX BK/BU series?
Takeshita: The series was originally released in the fall of 2012, about three and a half years ago, and the MX synths remain very popular today. Powered by tone generation inherited straight from the MOTIF XS, these amazing instruments are both compact and lightweight, and they also deliver excellent value. We are extremely proud of these synthesizers, and by updating their design, we hoped to make them even more appealing to musicians.

What specifically has been changed in the new MX BK/BU series?
Okano: We should probably start with the USB terminal's new support for plug-and-play. This functionality allows the synths to operate as audio/MIDI interfaces for iOS devices such as the iPhone® or iPad® without needing to install any drivers.
Takeshita: In addition to USB plug-and-play support, the new MX BK/BU synths can unlock the iOS app, Steinberg Cubasis LE. When an iPad® with Cubasis LE installed is connected to one of the new synths, the app's functions will be fully unlocked. And because a Steinberg Cubase AI license is also included, owners can immediately start creating music on their Mac or PC.
Okano: We have also improved the LCD, making it much easier to read text, even in very bright locations or on dark stages. The new series also boasts two new features unrelated to design specifications, and the first of these is the new colors: MX BK/BU series synths are now available in blue as well as black.
Takeshita: We have also reordered the Performances so that the first half contains mostly those suited for playing in a band.

You mentioned two major new features. What is the other one?
Okano: A new iOS app developed specifically to accompany the MX BK/BU series update. FM Essential is—true to its name—a software FM synth. It can be downloaded for free and used by anyone, but once connected to one of the new MX BK/BU synths, its full range of features is unlocked. The new keyboards may have inherited AWM2 tone generation from the MOTIF XS, but when combined with FM Essential, they also function as FM synths. This is the other feature.
Takeshita: When we included the synthesizer AN2015 with our Yamaha Synth Book app, many owners asked us to add support for the iPad. As a universal app, FM Essential is optimized for the iPad and all other iOS devices.

What kind of FM synth is FM Essential? Please elaborate.
Okano: FM Essential has four operators, eight algorithms, and 16-note polyphony; in addition, eight different waveforms may be selected for the operators. These design specs make it no different from a four-operator FM tone generator of years gone by, so in order to appeal to die-hard synth lovers, we have added a host of new and exciting features. For starters, FM Essential gives you a choice of tone generator models.

What exactly is a "tone generator model"?
Okano: It is a core part of the tone generator that faithfully recreates a certain classic FM synthesizer. In addition to its own standard tone generator model, FM Essential also comes with models that replicate the DX100, TX81Z, and V50, allowing owners to effortlessly reproduce the unique sounds of these definitive synths. For example, an electric piano preset may sound perfectly fine with the standard tone generator model, but switching to the DX100 model could give it a wonderful vintage feel.
Takeshita: We have carefully chosen 64 factory presets from each of the original instruments and transferred them in bulk into the app.
Okano: To ensure we gathered all the best sounds, we thought hard about the presets that were most reminiscent of each individual synth.

Breath-taking modulation possible only with FM 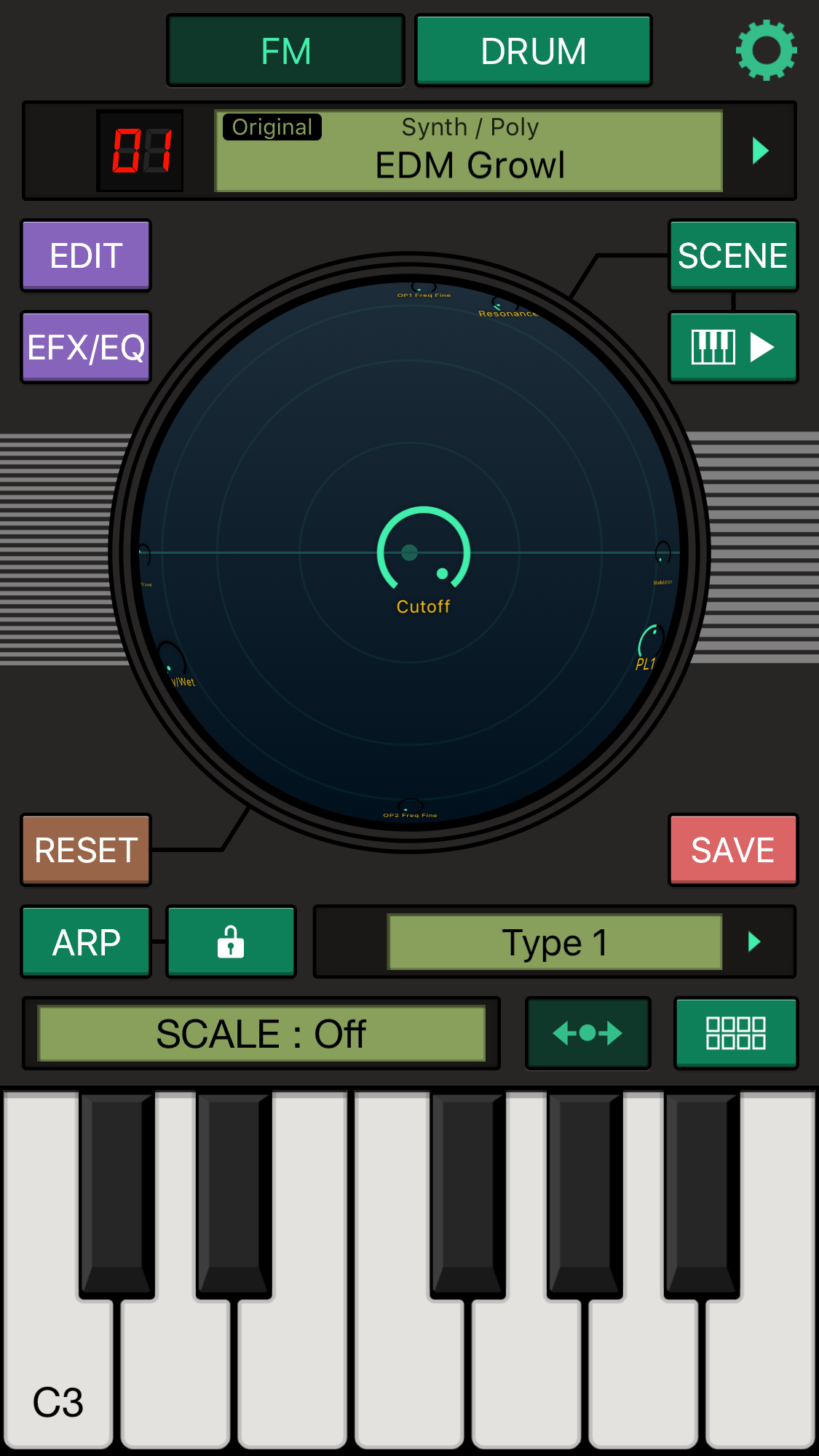 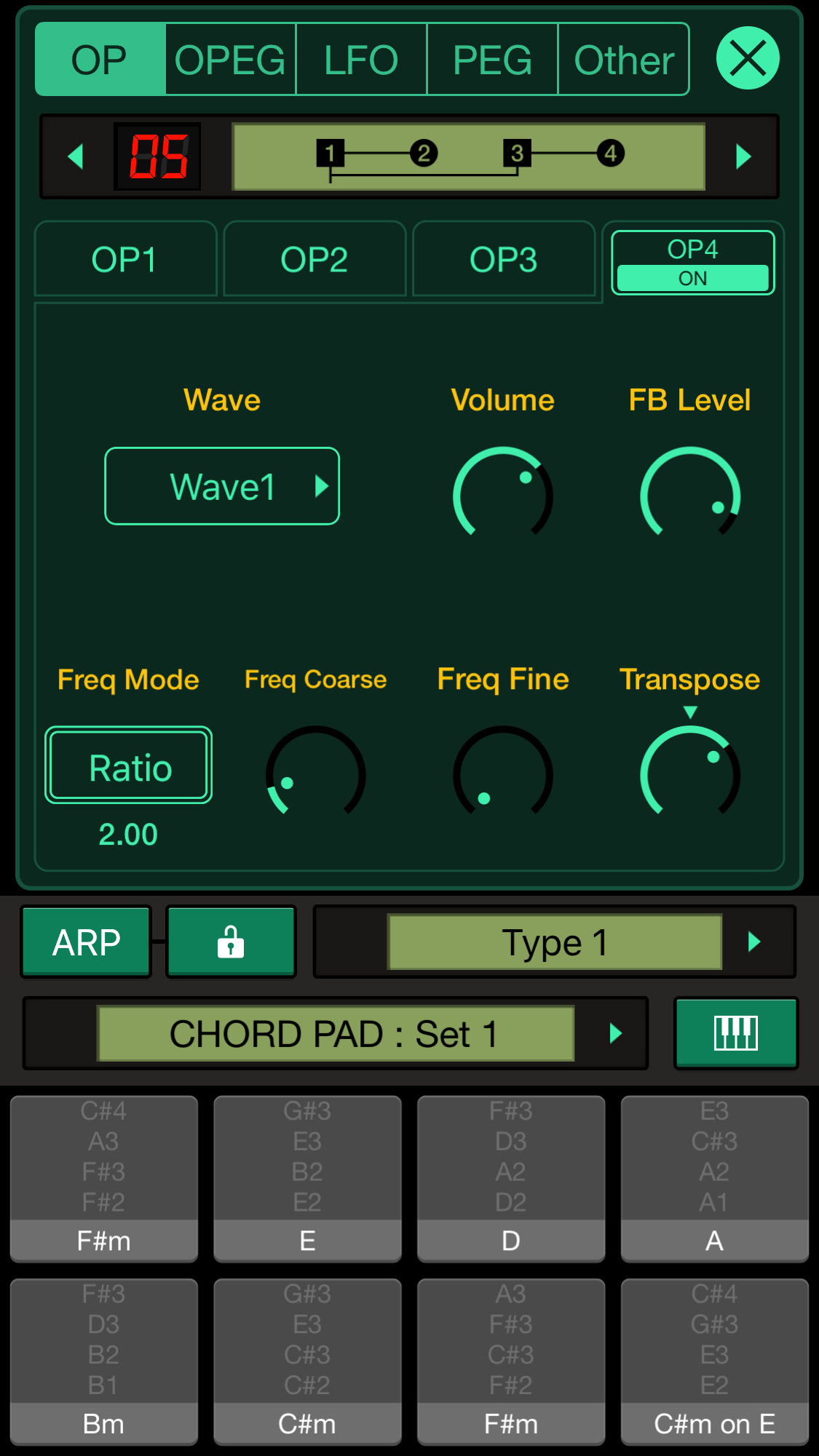 We really love FM Essential, particularly the DX100 and TX81Z tone generator models. Do you think that some people might buy a new MX BK/BU for this feature alone?
Okano: We would certainly be delighted if that happened. These models are not merely replicas, though: what makes the app special is the way the tone generator models have been brought fully up to date. For example, you can now apply effects easily to DX100 Voices, or use the step sequencer to dynamically modulate Voices. We really hope that this app will open up the exciting world of FM synthesis to a great many new musicians.
Takeshita: Dedicated fans of Yamaha synths will certainly want to get their hands on FM Essential, but it's a free iOS app, so we hope that many other music lovers who may not have a lot of cash to spend on musical gear—for example, high-school or university students—will also download and play with it. FM Essential is a great way to get started with synthesizers and FM tone generation, and if this ultimately draws owners into instrument stores to try out hardware synths, we certainly can't complain. The current lineup of Yamaha synthesizers contains a number of hardware keyboards with onboard FM tone generators—for example, the reface DX and MONTAGE—and it would be great if FM Essential brought them back into the spotlight.

First the reface DX and now the MONTAGE have been decked out with FM tone generators. Add to this FM Essential, and it would seem that Yamaha is currently focusing quite a lot of effort on this particular form of synthesis.
Okano: That's probably because FM synths genuinely produce great sounds, and the degree to which Voices can be modulated never fails to amaze. Very delicate adjustments to an FM synthesizer's parameters can produce a dramatic change in sound or create totally new Voices that could never have been imagined in advance. Perhaps we have developed a new appreciation for these wonderful characteristics.

Is it true to say that FM Essential is intended as a dedicated app for the new MX BK/BU synths?
Okano: Actually, no, that's not the case. Once the app has been connected to a new MX BK/BU synth and activated, all of its functions become useable, even after disconnection. So you could, for example, easily use it to make music while on a train. And with AudioBus and Audio Unit Extensions fully supported, FM Essential can be directly linked to other music production apps.
Takeshita: However, when the app has been downloaded but not yet activated, only ten of the preset Voices can be played. The voice editor can be used, but settings cannot be saved. Once connected to a new MX BK/BU synth via USB, however, all Voices and functions—including saving—will be unlocked. From that perspective, FM Essential could be described as a tone generator app for the new MX BK/BU series. 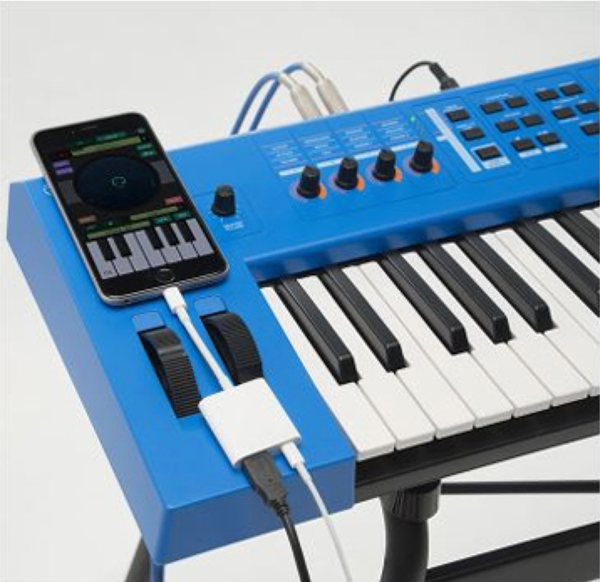 Was any part of the development process particularly challenging?
Okano: A lot of it was, but if I had to identify one particular challenge, it would be creating Voices. We definitely wanted to make them feel new, but at the same time, didn't want to go down the path of simply making EDM sounds. By carefully combining the bright, punchy tones produced by FM synthesis with effects, EQ, and the like, we ultimately crafted an array of Voices that are a pleasure to play.

To finish up, please tell us which FM Essential functions you recommend that people definitely try out.
Okano: Definitely the ball controller and step sequencer. We meticulously programmed every preset to sound great when modulated either by very small amounts or directly in steps. Even the simplest of sounds can be pushed to the extreme using the ball controller, step sequencer, and effects.

Now that you mention "extreme" sounds, when we spoke to the MONTAGE developers, they mentioned that although parameter ranges were often intentionally narrowed on similar synths to prevent noise and the like, they didn't follow suit with their keyboards. They actually credited this approach with the synths' ability to produce incredibly extreme sounds. Was this also the case with FM Essential?
Okano: Yes, it was. In addition to classic four-operator FM Voices, the app can also deliver extreme tones that defy all expectation as well as cutting, edgy sounds.

Want to discuss this article further? Join the conversation on the Forum here.

And don't forget - you can get the FM Essential iOS app here.

8 Elements: An Audio Demo using ONLY the MX49